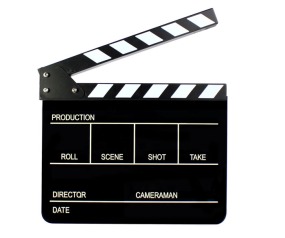 So . . . a few months ago I decided to adapt my own novel, PROVECTUS: Survival of the Fittest, for the big screen.

It has been a lot harder to do than I expected.

My first approach was the wrong one. Up until now, the screenplays I have written have been from scratch. Stories straight out of the ol’ noggin.

This was the first time (and perhaps the last!) that I’ve tried to adapt a book. So I looked in the mirror and asked myself if I could option the rights to the story. I thought about it for a few minutes, then said yes. Ha ha!

Take 1: I’d spent years writing the novel and wanted to save as much of the dialogue (over which I’d spilled much blood, sweat and tears) as possible. Not only that, but my oh my! The scenery! The drama! The love story! Yep. Let’s cram it all in there.

So I took a PDF of the book, copied the text into Final Draft and proceeded to add scene headings, remove any internal thoughts and other “novel-y” things, and voila! I had a screenplay . . .

As I am no Aaron Sorkin (yet), I knew this wasn’t going to work.

Take 2: My next attempt was to write the story out from memory. That started out well, but  I would get to a spot in the story where I’d think, Hmm… I did this pretty well in the novel. If I just copy this little, tiny bit of dialogue and description, and, and, and . . . Nope. No go.

Take 3: So I went back to the 250 page version and tried to delete big chunks of stuff I thought I could do without. Talk about killing your darlings! I spent days doing this and ended up with a gutted story that was still a whopping 170 pages. And after I read it through, I found it was missing too many sequences that are important to the main story and theme.

I finally thought, this is harder than I thought it would be. After all, who knows my story better than I do? Who better to write the screenplay? And that, in the end, was the problem I think. I was essentially trying to write the book all over again, but in screenplay format.

Finally I realized that I needed to learn the right way to adapt a novel. No matter who wrote the novel (whether it be me or someone else), there is a right way to go about it. I finally found that way by reading The Art of Adaptation: Turning Fact and Fiction into Film.

This is the book that finally gave me the know-how I needed to do this right. You’ll have to read Seger’s book to get all the juicy details (and great examples from some classic adaptations), but it boils down to the following:

And so I made a list of key plot points that tied into the “A” story and theme. I merged a few sequences. I merged two supporting characters into one. Whenever I came to a scene where I asked myself if I should include it, the main story and theme were my guides. Does the main story (or theme) still work without that scene/character/dialogue? Then cut it. You’ll end up with a lean, mean screenplay.